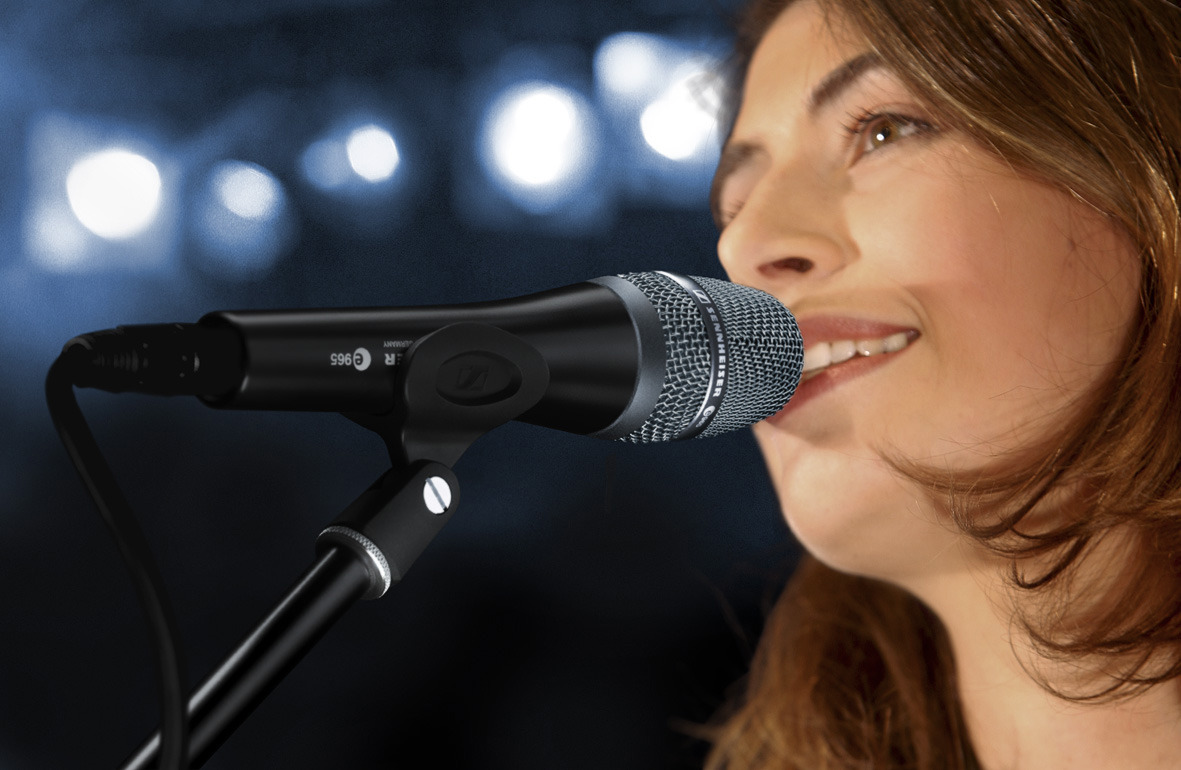 A truly exceptional offer for a truly exceptional microphone concludes Sennheiser’s anniversary promotions in December: The evolution e 965 is a large-diaphragm, true condenser handheld microphone that brings studio sound to the stage, and can be switched between a cardioid pick-up pattern and the tighter super-cardioid pattern. In December, the e 965 is available at the anniversary price of just $499.00 AUD / $579.00 NZD instead of $969.00 AUD / $1,109.00 NZD while stocks last. Please visit www.sennheiser.com/special-deals for a list of dealers offering this special promotion.

The e 965 leaves nothing to be desired in terms of sound, ruggedness and handling. The flagship model of the evolution series combines the advantages of a high-end studio microphone and those of a rugged stage mic: It offers a detailed, high-resolution sound while ensuring high feedback rejection and offering the rugged design needed for the tough demands of stage work.

The sophisticated sound of the e 965 true condenser microphone succeeds in being both balanced and powerful at the same time. The microphone gives vocals a silky sparkle in the treble and reproduces the lower mids in a warm yet well-defined manner. The microphone features fast transient response and captures even the finest nuances with rich detail. Its shock-mounted capsule excellently rejects handling noise.

Depending on the stage situation, the pick-up pattern of the evolution e 965 can be switched between (gentler) cardioid and (more direct) super-cardioid. Switchable low-cut and pre-attenuation (-10dB pad), and pop and wind protection round off a truly exceptional microphone.

The images accompanying this press release can be downloaded at https://sennheiser-brandzone.com/c/181/vvfv5GSc.